Skin disorders, ailments or problems as can be understood from the name are some of the conditions associated with the skin. These skin conditions can cause irritation, pain, itching and a number of other problems which usually differ significantly by symptoms as well as causes. These conditions of the skin can either be of temporary nature or might fall into the permanent categories. Among the several skin conditions, some occur due to external causes and there are some which are hereditary in nature. Most of the time skin ailments are minor but some can be chronic as well. Few of the common skin conditions are as enumerated below. 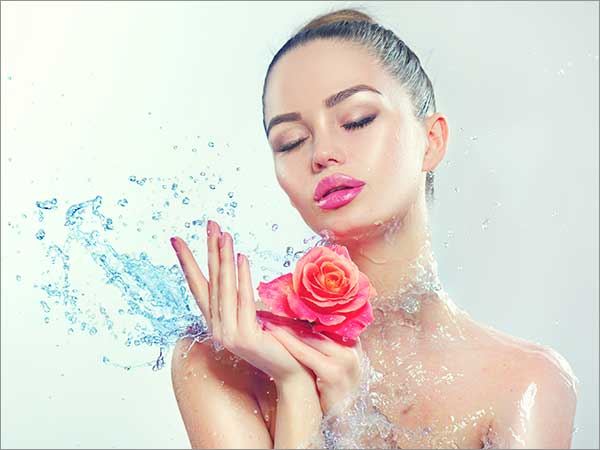 Vitiligo is a skin condition in which white patches or white spots appear on the skin in various parts of the body. This is a condition that occurs when the cells that craft the pigment colour in the skin are damaged. It affects all age groups. It is a genetic and can have presentation in the following areas or whole body:

Eczema is a skin condition where patches and certain areas of the skin become inflamed, red, itchy, cracked, and uneven. The main causes of eczema are as follows.

Sometimes, a combination of the factor mentioned above can cause eczema.

The main symptoms of Eczema are the appearance of rashes on various parts of the body like:

This is used a general term for an inflammation of the skin. Dermatitis usually involves red, swollen and itchy rash making it quite irritating as well as uncomfortable. At times dermatitis might ooze, blister, flake off or develop a crust. In general, three common types of dermatitis occur whose causes and symptoms are as enumerated below.

This is a skin infection caused by the virus known as Molluscum contagiosum. It produces small bumps on the upper layers of the skin which are normally painless. Most of the time they fade away on their own and don’t leave marks even when they are left untreated. The time duration of the virus lasting on one’s skin differs from person and person that range from months to years. The symptoms include bumps on the skin that are:

Acne is one of the most common problems that comprises of many types of pimples, like whiteheads, blackheads, cysts, pustules, nodules and papules. They appear when hair pores get clogged up with natural oils from the skin along with dead cells.

Acne has always remained a curse of the adolescents but about twenty percent of all cases of acnes occur in the adults. Acne very commonly occurs at the start of puberty which is between the ages ten to thirteen years. The situation tends to worsen with individuals with oily skin. The teenage acne generally lasts for about five to ten years of time and goes away during the early twenties Both males are females are affected by acne which hampers the self confidence to a great extent. Some feel quite embarrassed to go to any public places. Generally, the teenage boys are affected the most with acne but on the other hand, women are more likely to develop very mild to moderate acne in their thirties and above.

The most common areas affected by acne are the face, neck, shoulders, upper arms and chest. There are a number of different types acne which are whiteheads, blackheads, nobules, cysts, pustules and papules. According to the severity of the acne, some unsightly scars may be left which can be quite emotionally distressing for the affected individuals.

Warts are small sized, round shaped growths that appear to be either in dark or light coloured and normally feel rough and dry although most of the time they are soft. They start to appear tiny and usually take many months before they get noticeable.

Urticaria or otherwise known as hives are swellings that are confined to one place, pale, pink and itchy that gives you a burning sensation. Symptoms are:

A keloid looks like a raised scar. These tend to grow much bigger than the original wounds. Some of the notable symptoms are as follows.

Keloids usually develop in places where any kinds of skin trauma have occurred. The common places of occurrence of keloids are central chest, the shoulders and at the back. Keloids scars can also develop after surgery and also as a result of the occurrence of acne. It can also occur at the places of body piercings, tattoos etc.

Folliculitis is a very common skin condition that appears as red bumps each consisting of one hair follicle. Sometimes the red bumps would contain a dot of pus situated at the top. This type of skin condition can happen to anyone irrespective of the age. It normally happens on the face, chest, back, and scalp. Folliculitis signs and symptoms are:

Genital herpes is a skin condition that is a sexually transmitted disease (STD). It causes herpetic sores, which are nothing but painful fluid-filled blisters that can break open anytime and leak fluid. The symptoms are:

Fungal infections are one the most common skin problems that people suffer these days. This happens when the immune system finds it too much to handle any kind of fungus that overtakes or takes control of a part of the human body. The most common areas affected by the fungal infections are the places that are warm and moist like the armpits, inner thighs, buttocks, between the fingers or toes, genitals, groin etc. Though the appearance of the fungal infections is common in these places but can also occur at other places as well. The common symptoms includes the following.