Sports injuries as indicated by the name are the injuries that are related with sports or are associated with training, practicing or playing. Sports injuries occur very often with the players and athletes. Some of the most common sports injuries encountered are as listed below. 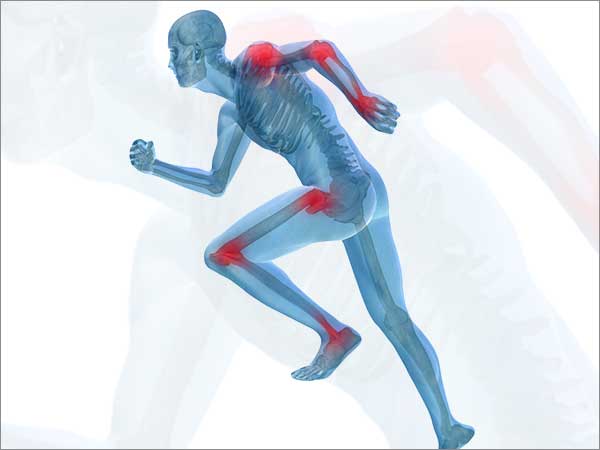 Whenever we hear the term sports injury, the first thing that comes to our mind is strains or sprains which is basically the commonest of all and occurs in almost any part of the body especially in the lower limbs as well as the back. Homeopathic treatment aims at treating the injury from the root thereby playing a vital role in improving the overall health condition of the injured individual.

Some of the most common causes of sports injuries are as enumerated below.

Amrita Homeopathy has adequately trained and vastly experienced doctors who make use of the following medicines for the treatment of sports medicines. The use of the appropriate dosage and its frequency makes the overall treatment procedure even better. Apart from the oral doses, the doctors at Amrita Homeopathy also make use of external homeopathic ointments which allow the skin to breathe easily speeding up the process of curing.

It has been observed that the prevalence of sports injuries is more common in adolescent players and athletes as compared to the adult ones. As per studies conducted over the last 16 years in the United States of collegiate athletes in 15 different sports, it is revealed that lower limb injury percentage was more than 50, with ankle and knee very commonly involved. Most of the injuries were contact injuries where more occurred during competition as compared to training. Out of the 15 sports, most injuries occurred in football with wrestling ranking second. The increasing popularity of games like football, hockey and kabaddi in India are contributing to the enhancement of percentage of sports injury in the country. Studies have revealed that there is no significant decrease in sports injuries over the past two decades of time.

It has been observed there is a positive correlation between the trends in injuries and demand for the particular sport. The T20 format of cricket is quite popular which is physically quite demanding in nature. This sport showed about 16.8 % occurrence of upper limb injury at the time of fielding. Moreover, it has been observed that 60 % of players were disqualified from the game due to sports injuries that occurred during the course of competition. It was also observed that lower limb injuries occurred maximum in football followed by gymnastics and wrestling. Knee injuries have been observed in a study of 5 years in India in 24 different sports where the rate of injuries is higher during competition as compared to training. Here it was also revealed that non contact injury was more common where the soccer and kabaddi injuries are two of the most prevalent ones.